If you want to explore a unique city where tradition meets modernity this is the right place for you. Bavarian conviviality comes along with high-society lifestyle and you can find both, a metropolis and huge recreation spaces…

When to visit Munich

The entire territory of Germanys south is characterized by a warm temperate humid mid-latitude climate.

The oceanic influence, which weakens from the northwest to the southeast, is responsible for relatively mild winters, which still promise snow in the city and the mountains in its surroundings. The summers in Munich are friendly but not too hot, what makes them the perfect time for outdoor activities. Munich is one of the greenest cities in Germany and features a lot of parks. Regular rain keeps the nature in good condition and the air is really clean, even in the city center, not to mention the rural areas.

All together Munich is worth a visit throughout the whole year.

Munich is a modern but also culturally aware metropolis.

Therefore many cultural highlights and festivals (like the Oktoberfest) take place throughout the year. Munich is also home to many national and international authorities, leading universities, major museums and theaters. Its numerous modern and classic architectural attractions, international sports events, exhibitions and conferences attract millions of visitors every year.

The famous Bavarian beer, which can be enjoyed in all of Munich’s beer houses, is also part of the extraordinary Bavarian culture as well as the “Lederhosen” and “Dirndl”.

Residents of the countries listed below won’t need a tourist visa:

Please note that the visa requirements can change without prior notice.

DMC Munich can arrange tourist visa for you.

As Germany is part of the European Union, the currency of Germany is the Euro. All mayor credit and debit cards are widely accepted.

German is the official language, but English is widely spoken and understood. 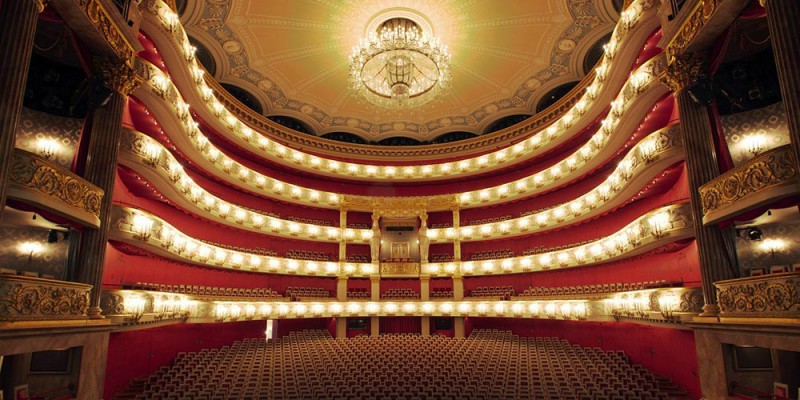 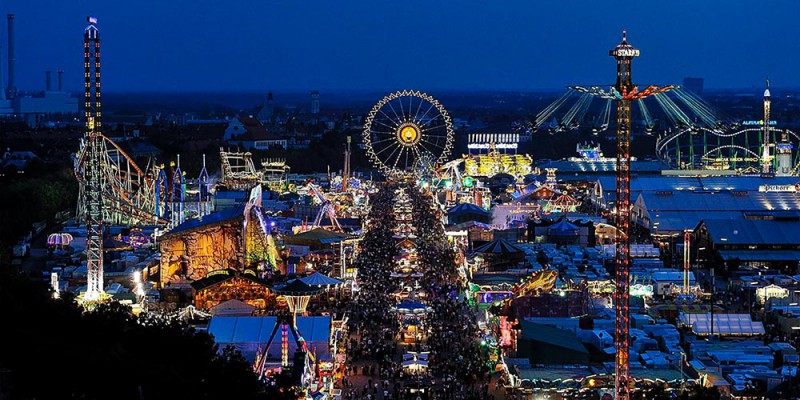 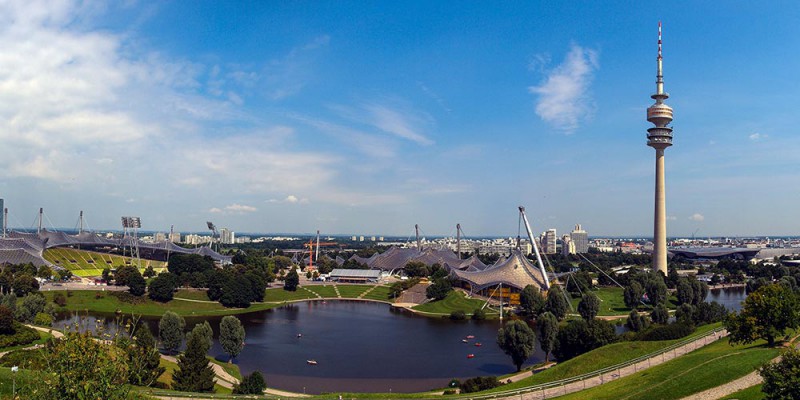 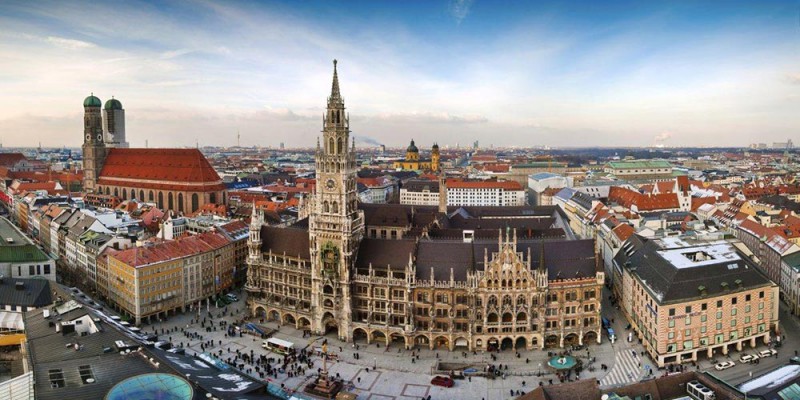 Seven weeks after the mysterious death of King Ludwig II in 1886, Neuschwanstein Castle was opened to public – and still is.

The shy king had the castle built as his personal safe haven to escape from public life. And although it has never been finished, the beauty of one of the most important castles and palaces in the world impresses more than 1.4 million visitors each year. And its setting with the Alps and Bavarian forests around it could not be any more idyllic. 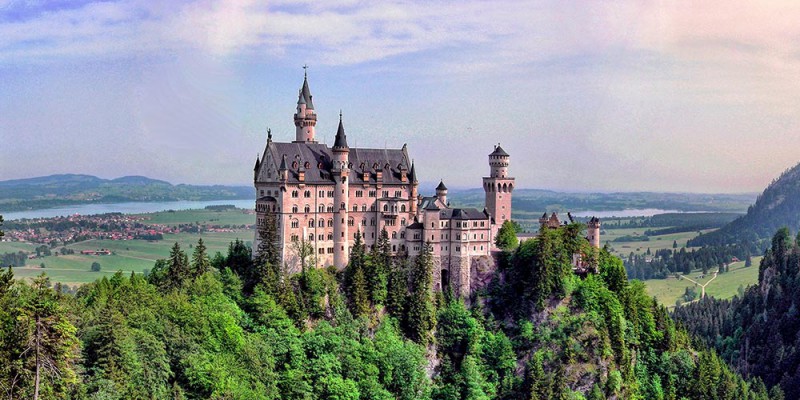 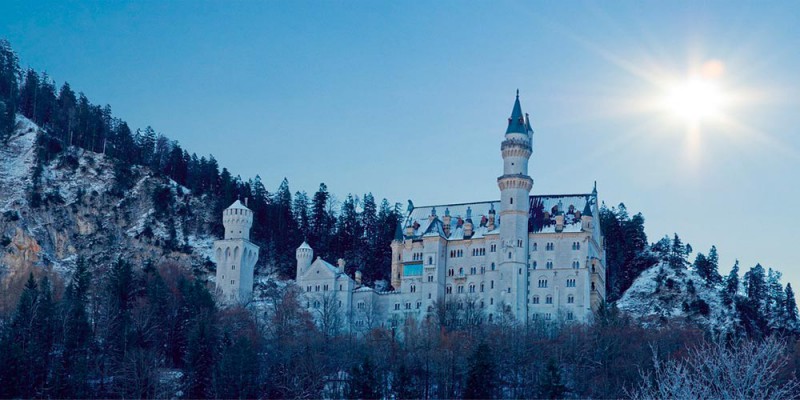 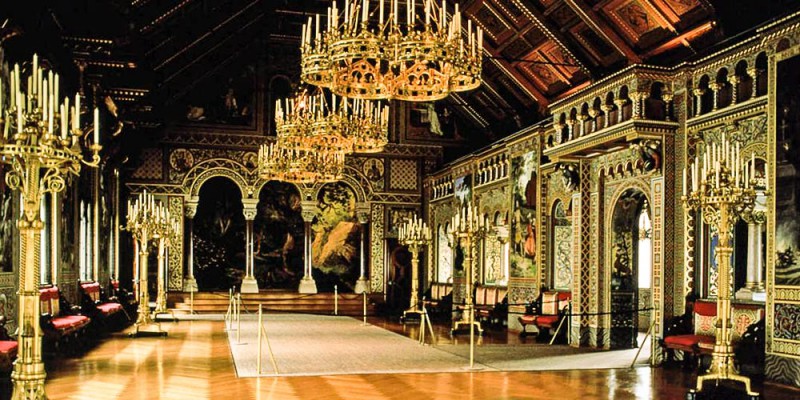 The town Garmisch Partenkirchen in the very south of Bavaria is the home to the “Zugspitze”, which is with an altitude of 2,962 meters, the highest mountain in Germany.

It is part of the “Wettersteingebirge” mountain chain, that represents the border line between Germany and Austria. The ” Zugspitze” is the perfect spot for sporting activities of any kind. Hikers, mountain bikers, golfers and swimmers are just as welcome as tourists, who want to go on a wellness trip in one of the fine hotels in Garmisch Partenkirchen or relax in a cozy hut up in the mountains or at lake “Eibsee”, enjoying the wonderful landscape. 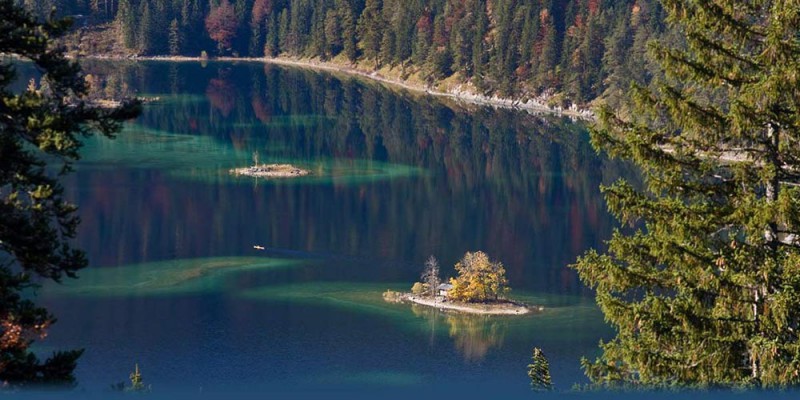 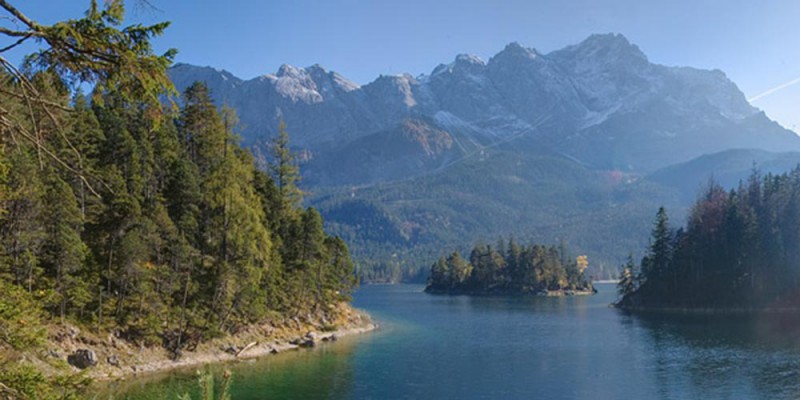 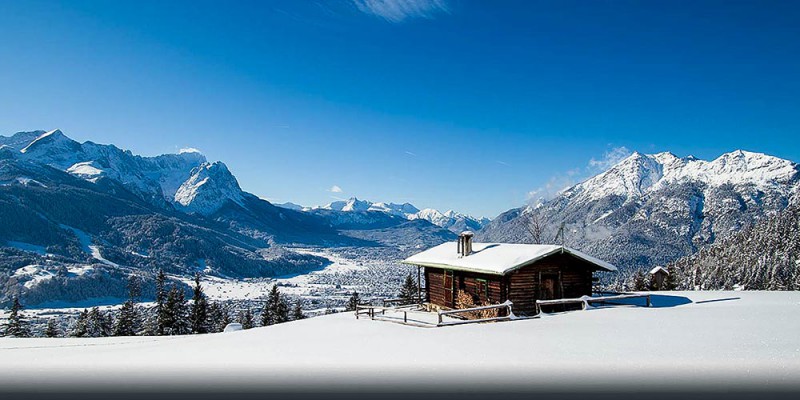 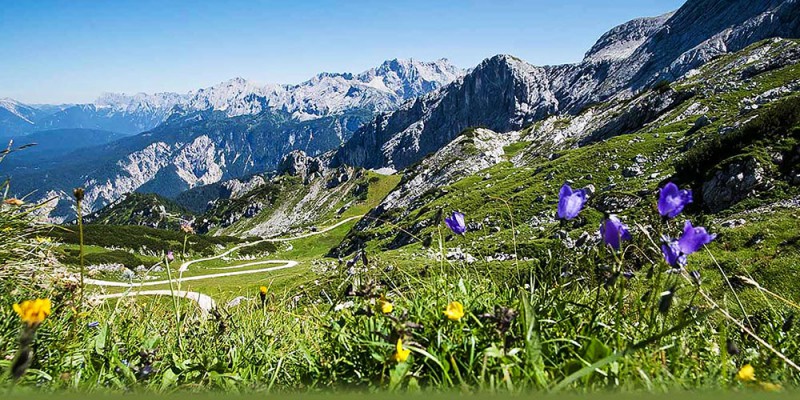 Berchtesgaden is a town in the south-east of Bavaria that is famous for its amazing, unspoiled countryside in the “Berchtesgaden National Park“. Therefor it is a perfect place for long walks and hikes experiencing the beautiful scenery with crystal clear mountain lakes, lush meadows and wild animals. You will also get to know true Bavarian culture like the “Almabtrieb“, the ceremonial driving down of cattle from the mountain pastures into the valley in autumn, at close range.

Another highlight is the salt mine in Berchtesgaden, where you can get an exclusive insight into the history and the modern methods of salt mining. Take a seat in the mine car and – “Glück auf“, as the miners say – down it goes into the deep of the tunnel. 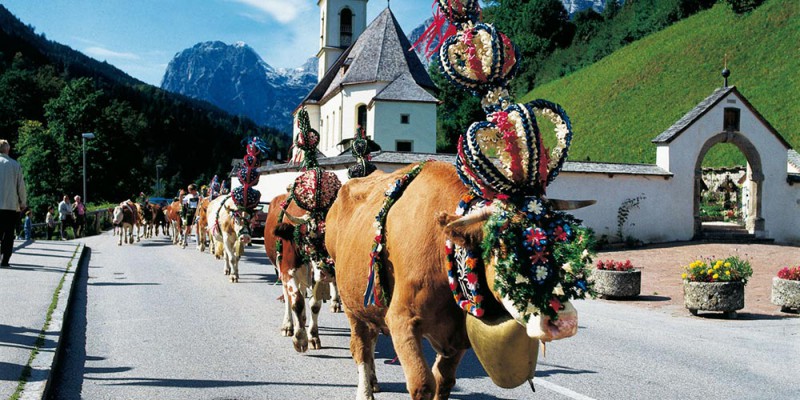 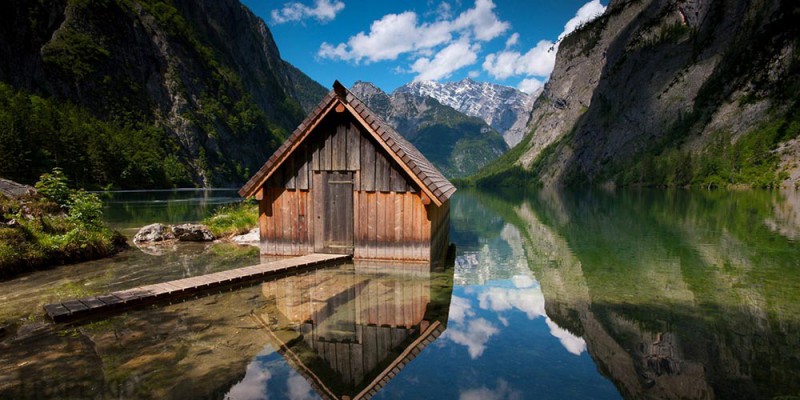 Salzburg is a major city in the Austrian neighborhood of Munich and Bavaria, with about 147.000 inhabitants and an expanse of ca. 65 square kilometers.

Although Salzburg may appear small at first sight, it offers a beautiful landscape and a lot of cultural highlights for every one. Music, literature, dance, exhibitions and traditional local events are firmly established and play an important role in everyday life. Especially music, with the city’s biggest son, Wolfgang Amadeus Mozart, is highly appreciated in the concert premises, churches and the opera. Not only great musicians, but also important authors, poets and singers like Hugo von Hofmannsthal, Georg Trakl or Maria von Trapp – to name only a few – have significantly influenced the city’s cultural history. 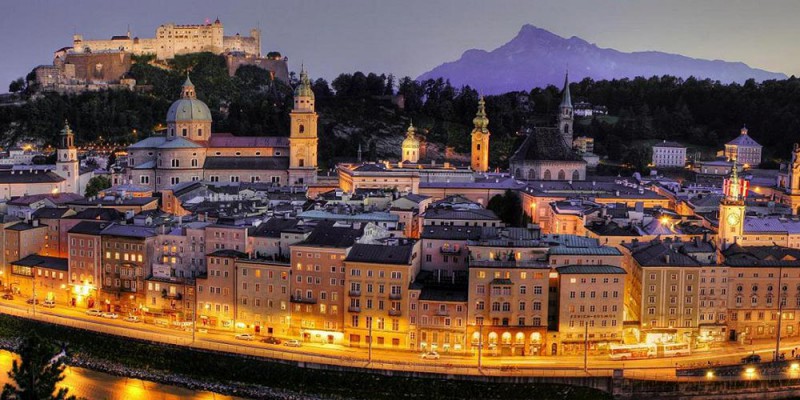 Due to our tight supplier network in Bavaria, it is possible to host your meeting, incentive, congress or event in almost every city in Bavaria. Please feel free to contact us on a full service program for the city of your choice or any sort of service, such as transfers, hotel bookings, etc. 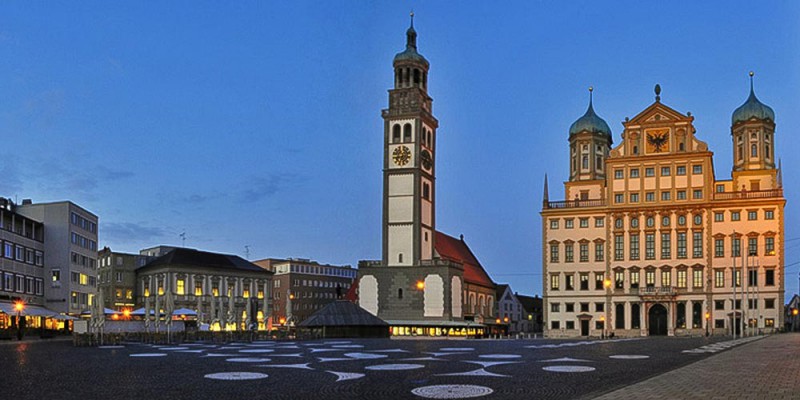 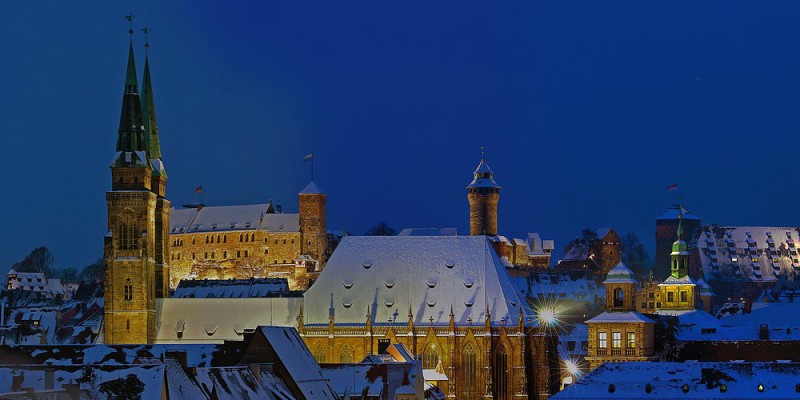